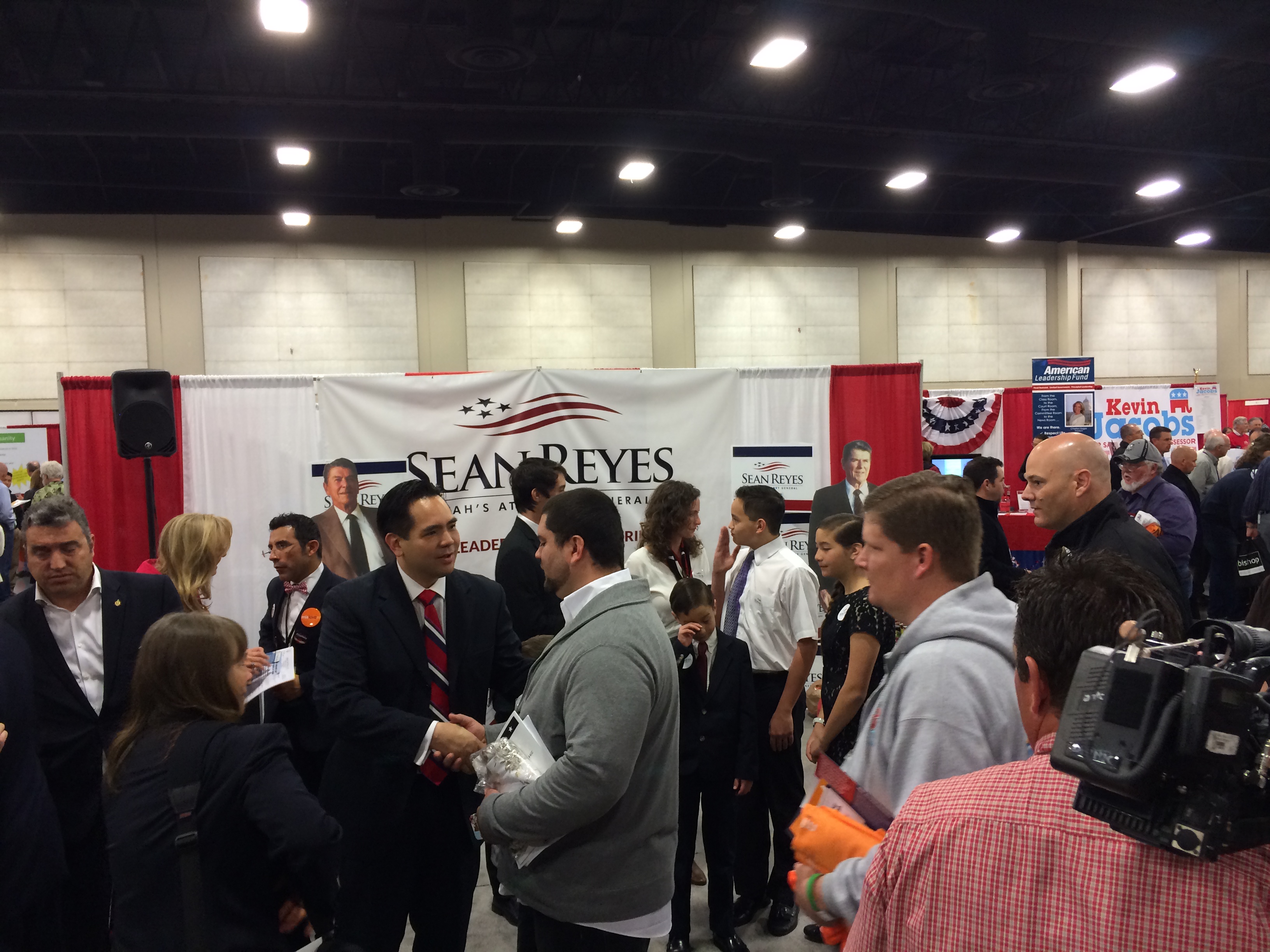 Utah Attorney General Sean Reyes is a long-time and vocal supporter of the caucus and convention system and has donated to causes which support the strengthening and viability of our unique Utah political tradition. Early in this race, when he first announced his intention for re-election, Reyes made clear he would not gather signatures, saying: “The caucus and convention are how I got into office. And that’s how I want to stay in office.”

Reyes has attended caucuses, conventions or party events in all 29 Utah counties. He has often said on the record that he would not be in elected office if it were not for the caucus and convention in Utah. In fact, Reyes launched his very first campaign for office from a rural caucus night to show his appreciation and support for county and state delegates who had visited with him in delegate meetings, town halls and other candidate gatherings across the state.

Reyes has served his precinct in leadership and as a county and state delegate numerous times. He has also been elected an alternate and national delegate for the RNC. In 2015, Reyes was selected by the RNC as one of its four national rising stars and used that platform to explain the importance of Utah’s caucus and the role it played in getting him into office. He started by volunteering at the county level folding flyers, became a delegate and served in various party leadership positions including chairing the Utah Republican Hispanic Assembly. Reyes served multiple terms on the Utah GOP State Central Committee before and during his term in office.

In his own words, “The caucus/convention system is a proud Utah tradition that has served our state well for generations. You can talk about refining it; no system is perfect. But talking about eliminating it would be tragic. It will create flyover counties. It won’t incentivize candidates to hold meetings, attend Lincoln Day events, conventions, county fairs in rural towns. I’m a kid from immigrant parents on the poor side of town. No one knew me in Utah when I first ran. But we traveled up and down the state. I didn’t sleep much, but I had a chance to make my case to delegates who cared, who listened and worked hard to represent their precincts. We don’t want to become California where only incumbents, deep pockets or big names have a realistic chance of getting elected because they can buy media and outspend opponents.”