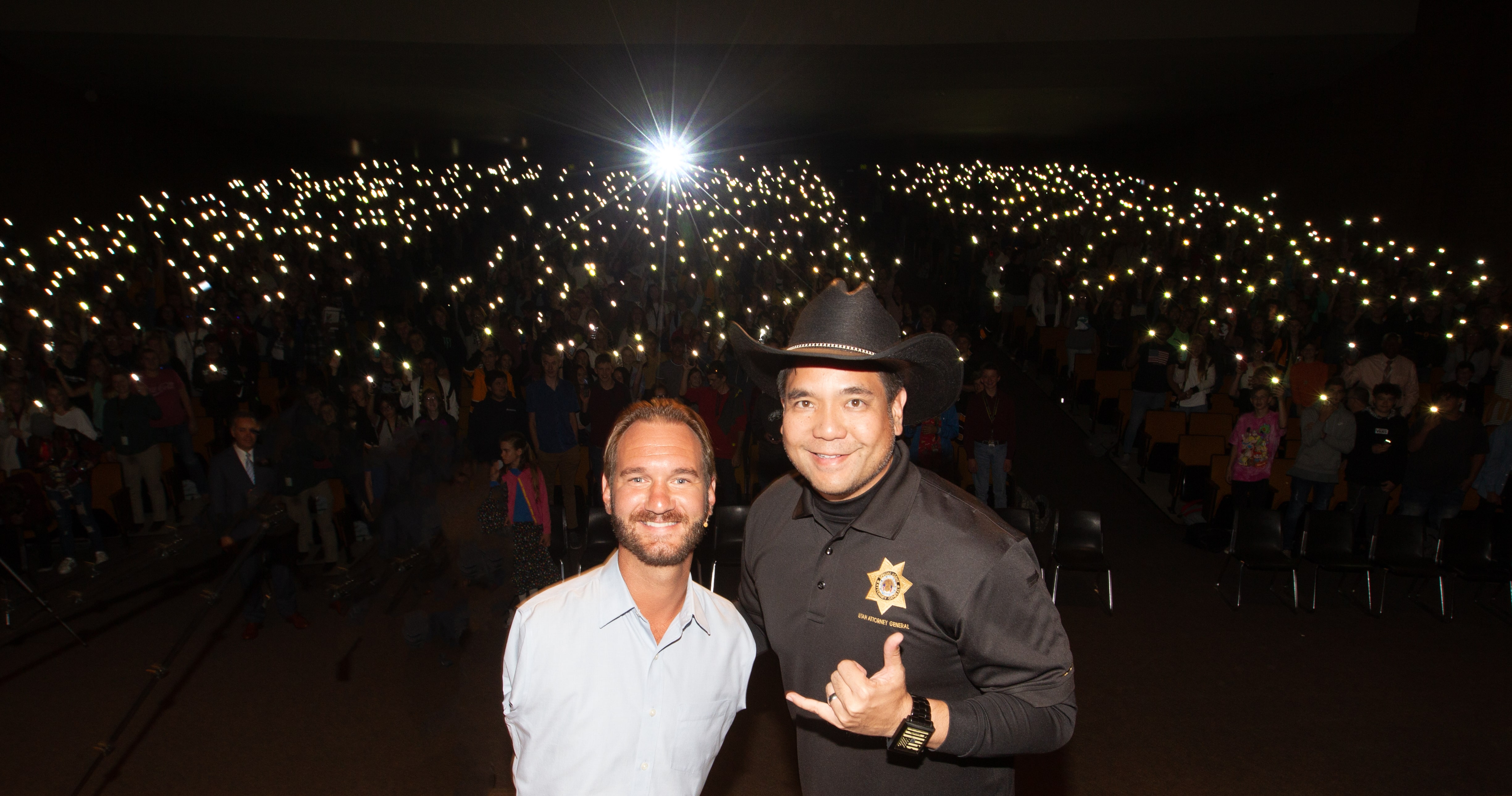 Attorney General Reyes is a forceful advocate for suicide prevention in Utah. As a part of his commitment to bring more mental and behavioral health resources to the state, he has made a priority of empowering youth, veterans and all Utahns to overcome the devastating effects of depression, addiction, victimization and other conditions that too often lead to suicide. As a brand-new AG in 2014, Reyes was deeply troubled by statistics showing high suicide rates among Utah teens and young adults. In fact, suicide was the leading cause of death for teens; more than the next three causes of death combined.

Partnering with Utah Senator Daniel Thatcher, Reyes and his team dedicated significant time and resources to several solutions. The first was an attempt to get a three-digit phone number in Utah for suicide or other mental health crises. Lacking support for state legislation, they worked with Senator Orrin Hatch and Congressman Chris Stewart to pass a historic and bi-partisan national bill authorizing a crisis number for America. Reyes continues to support and work with Chairman Ajit Pai of the FCC to launch usage and connect the crisis number to immediate mental health services much like 911 does for physical emergencies.

The second solution was to create a smart phone app that would be free to students and downloadable across all platforms. Kids could text in times of deep crisis, whether it was for them or a friend/loved one struggling with depression, eating disorders, cutting, ideating suicide, etc. Texts would be confidential and manned 24/7 by world class experts in mental and behavioral health from the University of Utah Neuropsychiatric Institute who could instantly engage and help diffuse the crisis. From this idea, the SafeUT App was born. After implementation of the new App, Utah saw its first decrease in suicide in nearly two decades.

Reyes chairs the statewide SafeUT Commission, which has facilitated tens of thousands of communications between struggling teens and guardian angels on the other line. It was held out as a model in U.S. Congressional Hearings to the entire nation and he was asked to testify about his state’s amazing success. Almost every Utah school has been trained and about 40 percent of Utah teens have the App today. It has saved countless lives from Cache to Washington County. It’s now expanded to cover college and university students and the Utah national guard. It’s Reyes’ goal to eventually have statewide coverage for every Utahn, no matter their age.

Reyes also serves on the advisory board of the Jason Foundation, a national non-profit dedicated to preventing suicide and he supports or partners with similar local organizations dedicated to keeping our kids alive such as: Life’s Worth Living (youth, veterans and family support), Loveloud (emphasis on protecting LGBTQ+ youth), Live Hannah’s Hope (youth empowerment) and Instead (giving youth a reason to live; choosing life Instead).

As your Attorney General, Reyes: