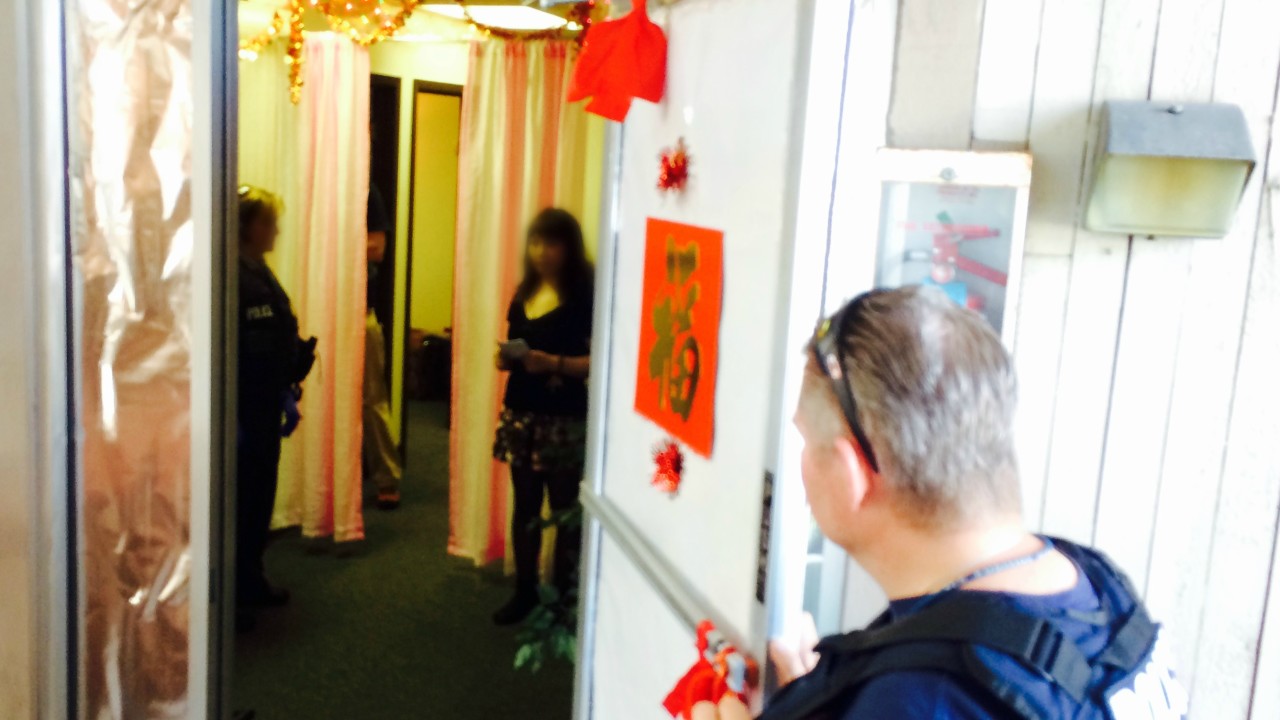 A woman is questioned inside a massage parlor raided by the Utah Attorney General’s SECURE Strike Force.

Attorney General Sean Reyes is a hero to many Utah communities for his fearless defense of Utah children from all forms of abuse, including mental/emotional abuse, neglect, physical battery, child pornography, sexual exploitation, abduction, rape and sex trafficking.

Through the 22 Children’s Justice Centers operated statewide and led by Reyes, kids who are abused in any manner receive resources, support, protection and recovery services along with their families. On a weekly basis, the Utah Internet Crimes Against Children Task Force (ICAC), under the supervision of Reyes, and supported by dozens of local affiliates across Utah, execute warrants, effectuate stings or apprehend child predators who use the internet to entice and exploit children as young as pre-school age. And the AG’s advocacy and aggressive prosecution of violent crimes extends to protect adult victims and families alike.

When it comes to fighting Human Trafficking, whether it be labor, sex or other forms of human slavery, Reyes is more than just Utah’s strongest weapon. President Trump and many other leaders have commended him for helping lead out nationally in the fight to end modern day slavery.

According to Tim Ballard, the founder of the anti-trafficking NGO, Operation Underground Railroad, “Sean spends 95 percent of his time working in Utah to fight all types of crime including human trafficking. He goes after some of the most dangerous and heinous predators to protect Utah children, families and businesses. Make no mistake, Sean has made Utah a model for the world when it comes to combating this evil.”

Reyes leads the Utah SECURE Strikeforce, comprised of AG investigators and officers from dozens of agencies, with a legislative mandate to fight human trafficking in all of its forms. The AG also chairs the Utah Trafficking in Person Task Force, a multi-disciplinary group including medical, recovery and law enforcement handling all aspects of eradicating this crime. Under Reyes, UTIP manages an annual Department of Justice grant for 1.4 million. The victim community credits AG Reyes for designating over 40 percent of funds to victim services.

Prior to his taking office, the State of Utah had a failing grade from Shared Hope International in areas such as legislation, education, prosecution and rehabilitation. Since taking control, Reyes has united the state against trafficking, and Utah now receives an “A” grade from Shared Hope.